Disclaimer: This will not make sense unless you’ve experienced a QSM3 adjustment.
So make your appointment before reading this!

“Is that sound coming from you, or me?” This is the question most people ask when they receive a QSM3 adjustment for the first time. Dr. Russell Friedman, the founder of QSM3, would get the same question over and over again at the seminars and would answer by saying, “When you strum a guitar, is it the pick or the string that makes the sound? It’s both, right?” In this analogy the pick is the doctor’s wrist, and the strings are the fascial tension lines that run from head to toe, inserting all around the top of the head.

Based on your posture, you are set up on the table in a specific manner to bring these fascial tension lines to tension. Then I use a bone in my wrist called the pisiform to release these different tension lines, which causes that distinct sound. Just remember that with QSM3 adjustment I’m not pushing bones, and I’m not stretching muscles, I’m releasing the Fascia, which has a different composition than muscles, so it sounds different when being released.

The same way a guitar string changes tone when it gets tighter, a person with more tension in their system will have a louder noise and different feel than somebody who is aligned and stress free. The loudest I’ve ever heard that noise was when I adjusted a classmate of mine who was in the marines before going into Chiropractic College. He had some serious back problems from his time in the service and overall had a lot of tension in his system, or in other words was very misaligned and unbalanced. The first time I treated him the noise was loud enough to be heard from the other room. I kept adjusting him over the next few weeks and the sound continued to get quieter and quieter as the tension in his muscles decreased, his posture returned to a more balanced state, and he felt and functioned better than before. 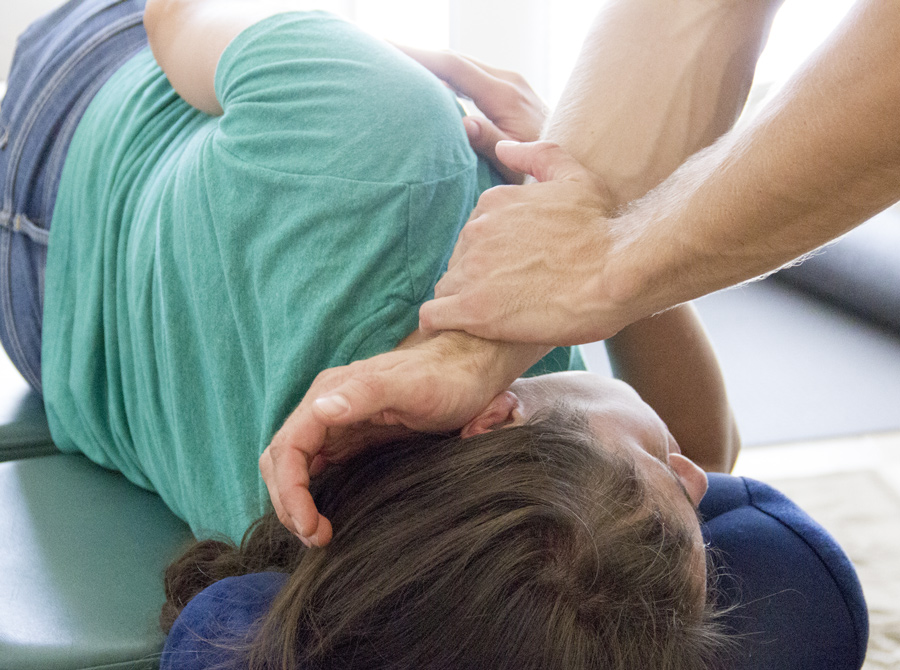